With Spring Outerbike right around the corner we thought we’d share a little Outerbike history.  Outerbike is a consumer demo event dedicated to helping riders pick their next bike. It was founded by Western Spirit owners Ashely Korenblat & Mark Sevenoff of Moab, Utah. With changes in sales channels and continual improvements in design and technology, todays cyclists want to try new products and test ride bikes on real trails before they purchase.

For the first several years Outerbike took place each October at the MOAB Brands Trailhead. A few years later a spring event was added and then a summer venue in Whistler, BC followed by Crested Butte, Colorado.

In 2018 Western Spirit will be partnering with the OZ Trails to bring Outerbike to Bentonville.  “The riding in Northwest Arkansas is truly world class and the OZ trails are a perfect place to test your dream bike” says Mark Sevenoff.

“Outerbike is focused on one thing: providing world class demo opportunities for riders. We are working to give riders across the country a chance to get in on the action, and the amazing OZ Trails in Bentonville will be a great compliment to Outerbike in Crested Butte and Moab.” said Ashley Korenblat, CEO, Western Spirit Cycling. “By adding new dates and locations, more cyclists will have the chance to try before they buy and meet the companies directly.”

Outerbike events so far have attracted riders from all 50 states and 8 foreign countries. Cyclists start lining up at 7am  for the 9am Le Mans-style start into the exhibit area, and while the morning dash to the bikes is thrilling—before the weekend is over, everyone will have had a chance to try a wide variety of models. Several trails right from the Outerbike venues give riders a chance to compare bikes back to back on the same trails, while additional rides on nearby purpose built singletrack take place each day via shuttles.  In Crested Butte the chairlift starts spinning at 9am taking riders to the top to access the Evolution Bike Park and trails beyond.  Lunch is served to exhibitors and attendees under the big tent from Outerbike chef Ken Moody. Friday and Saturday’s beer garden is brought to you by our friends at the Moab Brewery ,Upslope Brewery  & Bike Rack Brewing.

Scot Nicol, of Ibis Cycles said, “Ibis has participated in every Outerbike since its inception. Outerbike is the perfect storm for manufacturers who want riders to try their bikes in real-world conditions that are essential to evaluating a bike’s capabilities. Held in world renown cycling destinations, Outerbike is not only fun, it provides an easy upgrade path for riders to determine which dream bike is going to be next for them. The format allows for test rides that are long enough and with enough varied terrain for a legitimate test. Customers frequently validate our participation by telling us ‘I bought my Ibis after test riding it at Outerbike’.”

“I know a great event and vibe when I see it. From the beginning Outerbike has manage to keep it all about riders who want to demo bikes. Outerbike is the best. There are other great independent events but few/none of them are as consistent year over year,” said Jordan Huckee from Orbea.

“The location!! Outerbike always does a great job of organization and the Crested Butte venue was icing on the cake!” said Tristan Brandt, Demo Coordinator, Pivot Cycles.

“We love the Outerbike events. They stand alone as a way for us to work directly with consumers. Outerbike is our favorite event,” says Ken Miner, Director of Sales Haibike USA.

For more information, or to speak with Mark Sevenoff Contact: mark@westernspirit.com, 435-259-8732 . 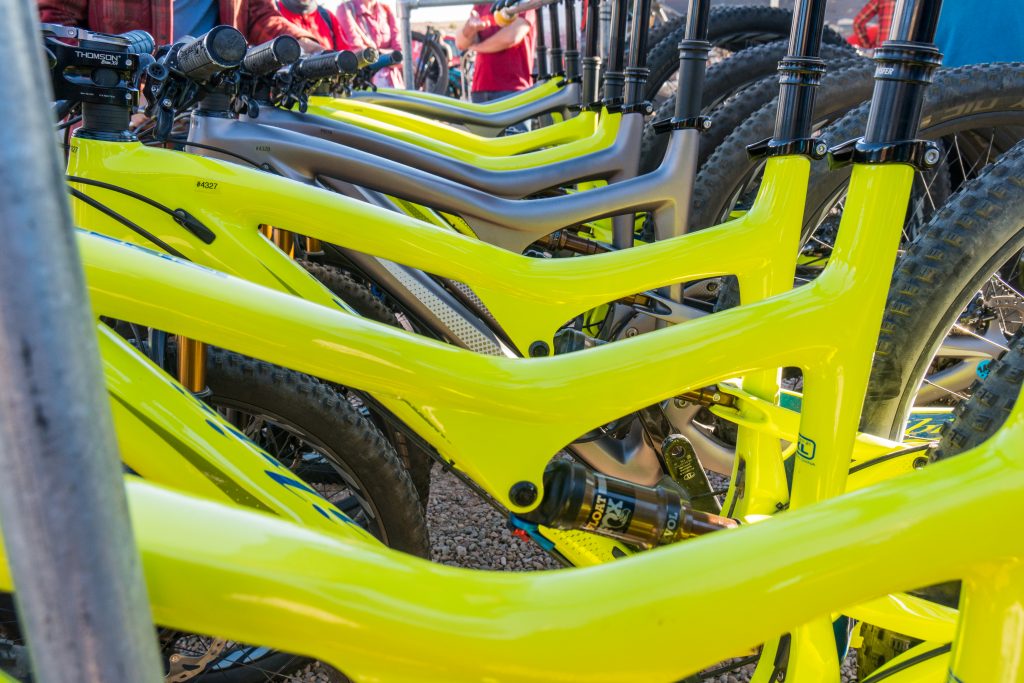 Western Spirit Cycling is headquartered in Moab, UT, and runs multi-day bicycle tours and outdoor events on beautiful public lands throughout the country. Our trips cover a life-time of bucket list destinations whether you’re a first time beginner or a hard core expert. “If you don’t do it this year, you’ll be one year older when you do!” 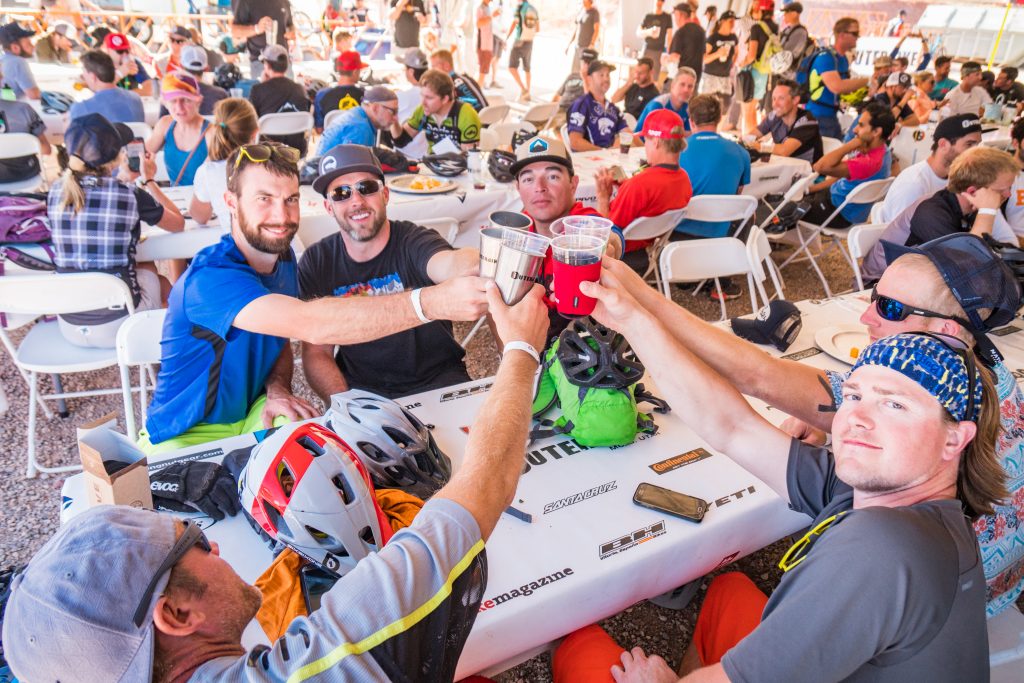 Written by Ashely Korenblat on January 17, 2018. Posted in blog.

I have seen bike love in many forms.  When I was 27, I became the president of a small company called Merlin.  I’d just graduated from business school and put everything I learned to work.  I had to order titanium in the same quantities as Boeing, six months in advance.  To do this I had to raise private capital and create a board of directors who were committed to cycling.

At the time, Merlin made arguably the best bikes int he world and for about five years we simply could not keep up with the orders.  People sent us photos of the Merlin logo tattooed on various parts of their bodies.  While I was flattered by their devotion, I have to admit the photos were kind of frightening.

I briefly dated a professional tennis player.  We were at a party once and two men in their fifties found out I was the president of Merlin.  They walked over, got down on their knees and bowed before me.  My date was not impressed – what was I thinking, dating a tennis player?

After half a decade at Merlin I was ready for a new challenge, and Saucony, the shoe company, offered to buy the company.  Hoping I had left it in good hands, I moved to Moab to run Western Spirit Cycling.  My focus was no longer the bike itself, but where to ride it.

We run multi-day trips in the national park and forests.  Many riders return year after year and so the pressure is on us to always find new places to explore.  The trips range from fun and cruisey to five days above 10,000ft, and we have a very wide range of people, from core cyclists who have all the skills and fitness to those who really only ride once a year with us.

About half bring their own bikes.  Sometimes when they arrive before a trip, the mechanic shakes his head.  These bikes have been loved too much.  We do worry that the bike won’t make it through the week, but we don’t want to tell the customer.  So we just throw another spare on the support truck and hope for the best.  The price of the bike has nothing to do with how much a person loves their ride.

When riders arrive they are usually a bit pale and nervous, wondering what they have got themselves into.  When they return, they are glowing and it is not just the dirt or the sunburn.  The trip has given them at the chance to reconnect with themselves, the planet and the bike.

And then we came up with the idea of Outerbike, a demo event for consumers.  The bike manufacturers all build their new models for the autumn trade show in Las Vegas, but the public are not allowed to attend, and while you occasionally find a demo truck at a trailhead ro at big races, there really isn’t anywhere you can test out bikes on real trails.  So when the Bar M trails were built in Moab – a classic stacked loop system with 10 to 15 miles of beginner, intermediate and expert trails, all from one starting point – we knew it was perfect for Outerbike.

At the first Outerbike in 2010, several hundred people showed up.  At the second this autumn, it was over the top.  It was 40°C and raining but by 7:30am there was a line to get into the demo area, which didn’t open util 9am.  I was a bit worried that folks would be grumpy about waiting but when we opened the gates, they ran to the booths hooting and hollering.  It was bike love in the form of 800 people charging through the desert in the rain.

I wonder what form it will turn up in next.

Thank you for subscribing.  We look forward to riding with you!

What We Stand For
Our Story
Our Guides
Our Sponsors
Blog

Get inspired and join thousands of other cyclists!

Subscribe to our newsletter and learn about the top bike adventures in North America.  We promise not to share or sell your information, ever.

You have Successfully Subscribed!