Written by Mark Sevenoff on February 6, 2018. Posted in blog.

This season sees the Western Spirit guides putting 100%’s line of cutting-edge eyewear through its paces while guiding. While on the bike, 100% sport performance models such as Speedcraft and Speedcoupe will offer the clarity and protection our guides demand. “We’re stoked to bring new insights into the performance needs of our guides and guests and offer a refreshing perspective on the evolution of trail riding” says Western Spirit owner/guide Mark Sevenoff. “The guides are the heart and soul of our company and demand the very best. They’re outside seven days a week in the most extreme conditions you can imagine.” When traveling the West, or back at camp, they’ll be sporting active lifestyle models including the Centric & Type-S sunglasses. 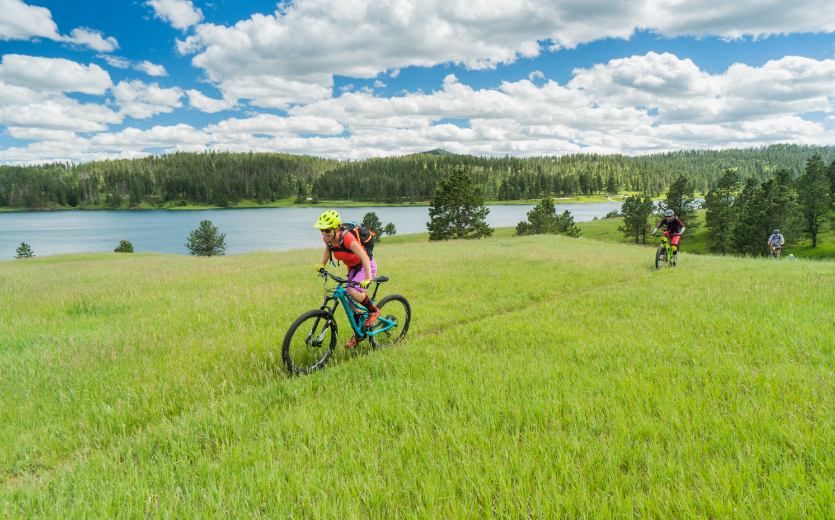 Western Spirit is a cycling company who organizes road and mountain biking trips in our National Parks, National Forests and BLM lands. The trips range from mellow family-style outings to 5-day package rides above 10,000 feet on world-class single track. They also run product launches, press events and team building trips for corporations interested in giving their employees and corporate partners a challenging bike experience that will be both emotional and physical. It’s all about connecting people with their equipment, the trail, their guides and themselves. 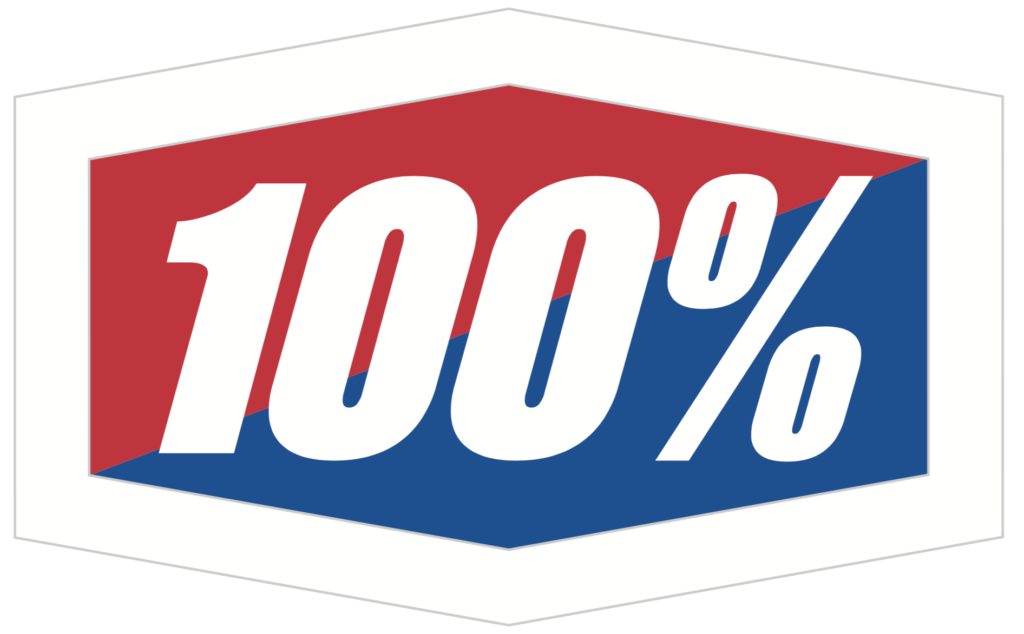 The roots of 100% date back to the early 1980’s, when the popular logo graced the jerseys of the biggest stars in motocross. Thirty years later, the passion for the Spirit of Racing is greater than ever, being now an influential icon in mountain biking and cycling that inspires a whole new generation of racers, still asking them, “How much effort do you give?”

Written by Ashely Korenblat on January 17, 2018. Posted in blog.

I have seen bike love in many forms.  When I was 27, I became the president of a small company called Merlin.  I’d just graduated from business school and put everything I learned to work.  I had to order titanium in the same quantities as Boeing, six months in advance.  To do this I had to raise private capital and create a board of directors who were committed to cycling.

At the time, Merlin made arguably the best bikes int he world and for about five years we simply could not keep up with the orders.  People sent us photos of the Merlin logo tattooed on various parts of their bodies.  While I was flattered by their devotion, I have to admit the photos were kind of frightening.

I briefly dated a professional tennis player.  We were at a party once and two men in their fifties found out I was the president of Merlin.  They walked over, got down on their knees and bowed before me.  My date was not impressed – what was I thinking, dating a tennis player?

After half a decade at Merlin I was ready for a new challenge, and Saucony, the shoe company, offered to buy the company.  Hoping I had left it in good hands, I moved to Moab to run Western Spirit Cycling.  My focus was no longer the bike itself, but where to ride it.

We run multi-day trips in the national park and forests.  Many riders return year after year and so the pressure is on us to always find new places to explore.  The trips range from fun and cruisey to five days above 10,000ft, and we have a very wide range of people, from core cyclists who have all the skills and fitness to those who really only ride once a year with us.

About half bring their own bikes.  Sometimes when they arrive before a trip, the mechanic shakes his head.  These bikes have been loved too much.  We do worry that the bike won’t make it through the week, but we don’t want to tell the customer.  So we just throw another spare on the support truck and hope for the best.  The price of the bike has nothing to do with how much a person loves their ride.

When riders arrive they are usually a bit pale and nervous, wondering what they have got themselves into.  When they return, they are glowing and it is not just the dirt or the sunburn.  The trip has given them at the chance to reconnect with themselves, the planet and the bike.

And then we came up with the idea of Outerbike, a demo event for consumers.  The bike manufacturers all build their new models for the autumn trade show in Las Vegas, but the public are not allowed to attend, and while you occasionally find a demo truck at a trailhead ro at big races, there really isn’t anywhere you can test out bikes on real trails.  So when the Bar M trails were built in Moab – a classic stacked loop system with 10 to 15 miles of beginner, intermediate and expert trails, all from one starting point – we knew it was perfect for Outerbike.

At the first Outerbike in 2010, several hundred people showed up.  At the second this autumn, it was over the top.  It was 40°C and raining but by 7:30am there was a line to get into the demo area, which didn’t open util 9am.  I was a bit worried that folks would be grumpy about waiting but when we opened the gates, they ran to the booths hooting and hollering.  It was bike love in the form of 800 people charging through the desert in the rain.

I wonder what form it will turn up in next.

Kicking off the New Year at Western Spirit Cycling

Written by Mark Sevenoff on January 4, 2018. Posted in blog. 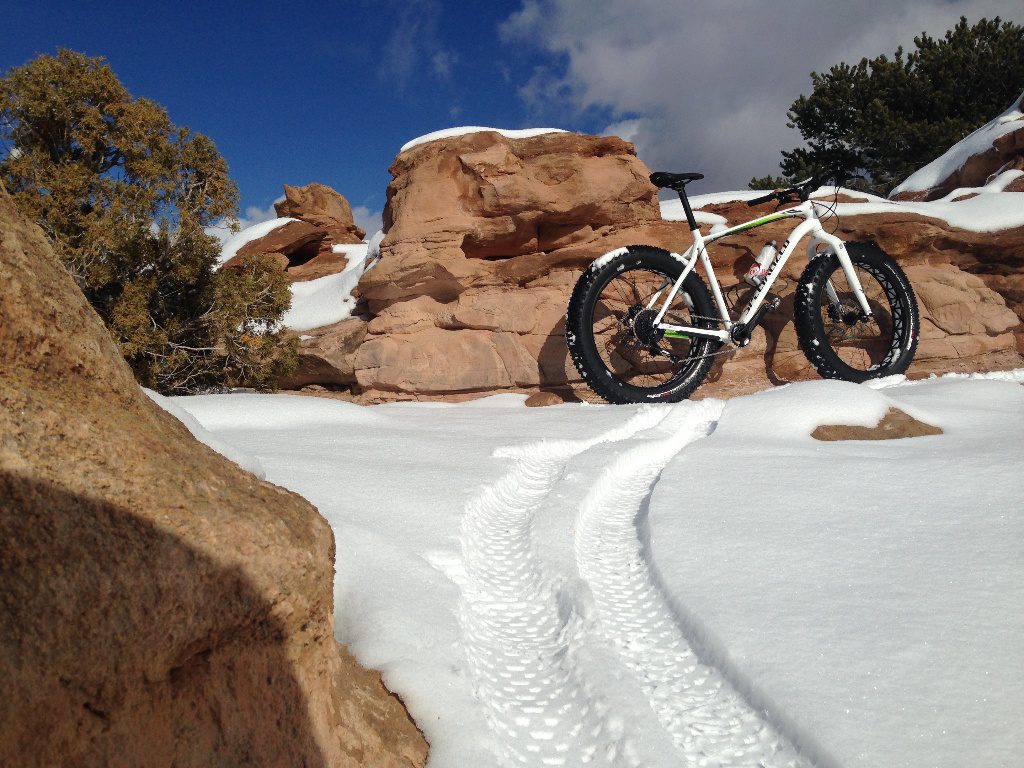 Happy 2018 and welcome to a new year! We’re entering our 28th year in business based out of the mountain bike mecca of Moab, UT and have some great new things to share with you.

To start with we’d like to welcome two new employees to our office team. Many of you remember Eric Donley one of our senior guides from a few years back. Eric and his fiance moved down to Moab this fall and he will be helping to spearhead our sales and marketing team while doing a bit of guest guiding. If he happens to pick up the phone when you call you’ll be immediately at ease with his calm demeanor and friendly voice. Not to mention his keen knowledge of all our trips from his years in the backcountry.

Our amazing Operations Director Don Wiseman retired this December making room for Scott Greiner to fill his shoes. Scott moved here from Reno, NV and brings with him a wealth of experience from both guiding and organizational work in the adventure travel industry. We couldn’t be happier with our crew, but that’s not all. We’re also in the midst of a website refresh so in the next month be on the lookout for a fresh look and some exciting new online offerings.

On the physical side, we’re proud to continue our long-running partnership with Specialized bikes for the 17th season and will be upgrading our fleet to the 2018 Camber Comp for all mountain bike rentals. Just like some of the pro peloton, we’ll be running disk brakes on our all carbon Specialized Roubaixs this year as well. The Roubaix provides you with the tools you need to explore the road less traveled and we’re confident you’re going to love them.

On the vehicle side, we’re adding two more 15 passenger Ford Transit E350s to our growing fleet. After investing in two a few years back, we’re convinced they’re more comfortable, safer, easier to drive and with the twin turbo Ecoboost motor, even more powerful than our old V-10’s (thinking of a fully loaded trip climbing 7,000′ up to the North Rim of the Grand Canyon). For our guests that just means you get to the trails in more comfort and more safely than ever before. We’ve been with Ford now for over 25 years and they like us so much they even featured us in a commercial last year!

Enough bragging for now, but you’ll be hearing more from us rest assured:) While there’s snow on the ground in Moab right now, it will all be melted before you know it and we’ll be gearing up for spring trips down south. Hope to ride with you this year and share some time around the campfire.